Arctic regions and mountain areas are both experiencing significant amplification of climate change, with temperature rise which can be more than twice the global mean.
This exacerbated warming causes important effects on these environments, including glacier retreat and permafrost thaw, changes in the water cycle, modifications in ecosystems functions and biodiversity. Species loss and displacement, changes in phenology and community composition, and episodes of ecosystem mismatch are already happening and foreseen to be potentially amplified in the future. In this round table, we gather experts on different aspects of Arctic and Alpine ecosystems, discussing what is known, what can be expected, and how to cope with such changes. 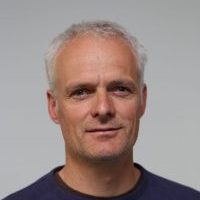 Thomas Dirnböck, PhD, obtained his PhD with a thesis on the role of alpine vegetation on catchment hydrology in the drinking water protection zones of Vienna at the University of Vienna in the year 1997. During his career, he worked as a PostDoc Researcher at CSIRO, Division of Wildlife Ecology, Perth, Australia, and as a visiting scientist at the Biology Department, Boston University, USA. Since 2002 he is employed at the Environment Agency Austria with a focus on long-term ecosystem monitoring and research including the development of the European eLTER Research Infrastructure. He studies effects of air pollution, climate and land use change on ecosystems using empirical data, biostatistics and modelling. Thomas is responsible for the national Critical Load work in the framework of ICP Modelling and Mapping and he is vice chair of the Working Group of Effects within the UN Convention on Long-Range Transboundary Air Pollution, and supports policy development to reduce harmful impacts of emissions in the environment. He has published 65 ISI papers and a number of book contributions. 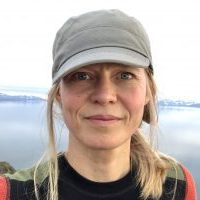 Associate professor Pernille Bronken Eidesen is a terrestrial biologist, employed at the University Center in Svalbard (UNIS) and deputy head of Centre for Excellence in Biology Education (bioCEED).
As a researcher, she mainly works with evolutionary issues related to arctic vascular plants, and untangling drivers of arctic biodiversity, but she also leads research projects related to educational development. Eidesen was merited “Excellent Teaching Practitioner ” in  2019. 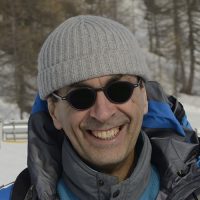 Director of the Institute of Geosciences and Earth Resources, CNR Italy. Research on Earth System dynamics, climate and ecosystems. Golden Badge Award of the European Geophysical Society. Invited professor at ENS and Université P. and M. Curie in Paris, Ben Gurion University in Israel and University of Colorado in Boulder (USA). Coordinator of the EU H2020 project “ECOPOTENTIAL”, WP Lead in the H2020 project “eLTER Plus” and coordinator of the Italian projects supporting LifeWatch ERIC. Coordinator of GEO ECO, the Global Ecosystem activities of GEO. Author of more than 150 papers in ISI journals and dissemination books. 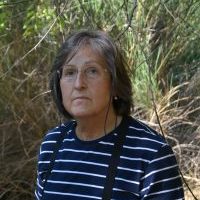 Blanca Ramos joined the Spanish National Park Service in 1986, working for 20  years in Doñana National Park (SW Spain). During 3 years  (1983-1986), she has been Detached National Expert at the Nature Protection Unit of DG XI (Environment) of the European Commission,  being responsible for the Spanish dossier in biodiversity  conservation and for the European dossier (Eur 15) on wetlands and steppic areas. In 2006, she moved to Sierra Nevada National Park,  where since 2010 she has been responsible for the administrative survey of  the Sierra Nevada Observatory of Global Change, a joint initiative  among the University of Granada and the andalusian auhorities responsible for the site management. As a manager, this has been valuable opportunity to strengthen links between managers and scientific community, allowing better decision making based on science and knowledge. 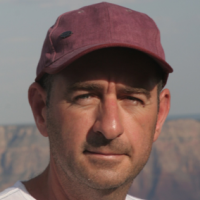 Manuel Villar is an ecologist interested in how global change affects food webs, he works in the nearby glaciar lagoons of Sierra Nevada.
Take a minute to visit these unique ecosystems at the head of the glacial valleys (https://lagunasdesierranevada.es).

Here an extensive monitoring programme is carried out, which is combined with field experiments using mesocosms and laboratory research in the Water Institute at the University of Granada. 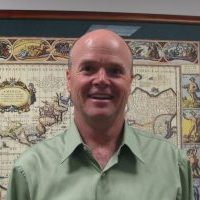 Timothy S. White is Research Professor at the Earth and Environmental Systems Institute of the Pennsylvania State University.
He has been Coordinator/ Director of U.S. CZO National Office, since 2010-present and PI at the CZO Science Across Virtual Institutes (SAVI) international program, since 2013. His professional experience includes Consulting Hydrogeologist, Nittany Geosciences, 1989-1992, and TSWGeo, 1992-1997; Post-doctoral researcher, University of Iowa, 1997-1999; and Research geologist, U.S. Geological Survey 2000-2003.
His expertise includes sedimentary geology and stratigraphy, organic petrology and coal geology, paleopedology, paleoclimatology, hydrogeology, Critical Zone science.
He has a Ph.D. in Geosciences and a M.S. in Geology.