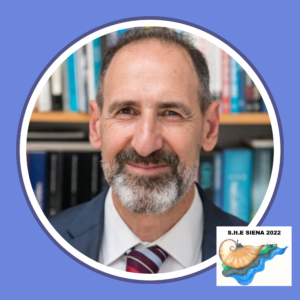 Salvatore is a biologist and ecologist by education and an expert in the science-policy interface.Motivated by the quest for social justice on global challenges such as climate change, biodiversity and inclusive wealth, he has chosen the UN as a basis for his professional contribution to society; among his achievements are building the scholarly and policy case for a UN agreement on Biodiversity Beyond National Jurisdiction; adding the ocean chapter to the work of the IPCC and the Paris Agreement; and creating the Intergovernmental Panel on Biodiversity and Ecosystem Services.He has a PhD in biological oceanography, has authored 90+ publications on biodiversity, the ocean, global change and science and technology, held academic affiliations in the Americas, Asia and Europe and tutored multiple Master and PhD students.He is currently Senior Advisor to the President and CEO of the International Science Council, on sabbatical from UNESCO, where he is Head of Ocean Science at the IntergovernmentalOceanographic Commission. He is also Visiting Principal Fellow Research at the University of Malaysia Terengganu.Previously, he was Executive Secretary of the United Nations Secretary-General’s Scientific Advisory Board; Coordinator of UNESCO’s intersectoral Biodiversity Programme; Senior Researcher at the United Nations University Institute of Advanced Studies; Chief of the Marine and Coastal Biodiversity Programme of the Convention on Biological Diversity; and Researcher at the University of Delaware.