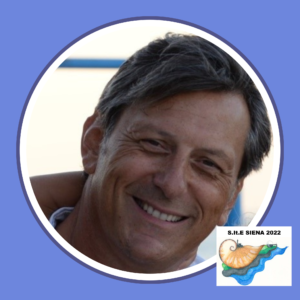 Roberto Danovaro is full Professor at the Polytechnic University of Marche. Director of the Department of Marine Sciences (2004 to 2010), Director of the Department of Life and Environmental Sciences (2011 to 2014) at the Polytechnic University of Marche. Pro-Rector (Delegated to the Research) at the Polytechnic University of Marche (2010-2013). Nominated President of the Stazione Zoologica Anton Dohrn (National Institute of Marine Biology Ecology and Biotechnology) from 2013 to 2022 by the Ministry of University and Research (MUR). President of the Scientific Council of WWF Italy, Steering Board Member of OECD (Fostering Innovation in Ocean Economy). Member of the Scientific Council of several research institutions and panels (IUCN, UNEP, EU), editor in chief of international journals (Chemistry and Ecology – Taylor & Francis and Marine Ecology – Wiley) and coordinator of several EU and international programs. President of the Italian Society of Ecology (2011-2013), and of the Italian Society of Limnology and Oceanography (2008-2011). President of the European Federation of Scientific Technological Societies (2008-2012). Member of the European Accademy of Science and of EU Academy of Sciences. RD received the World Prize BMC Biology (London, 2010), the Award of French Society of Oceanography (2011), and the ENI Award “Protection of the Environment” (2013). In 2020 has been recognised by ExpertScape as the top World Scientist in the Category “Ocean and Seas” in the decade 2010-2020.