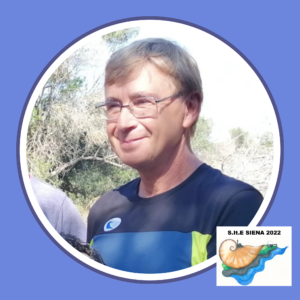 Giampiero Sammuri, biologist and specialist in public administration, expert in protected areas and
author of over 30 publications in zoological and environmental fields. Author of wildlife plan
design, consultancy in wildlife control plans. Education and training activities in Biology and
management of protected areas.
He was: a public administration manager of the Provinces of Siena and Grosseto at the Environment
and Nature Conservation Area for about 25 years, the President of the Maremma regional Park for
12 years and a lecturer on the management of protected areas at the University of Siena.
Today he is the President of the Italian Federation of Parks and Natural Reserves, the Vice-
President of the IUCN Italian Committee, the President of the Arcipelago Toscano National Park
and the Coordinator of the MAB UNESCO Islands of Tuscany Reserve.
Promoter and responsible of the project for the reintroduction of the Osprey in Italy for which he
received the prestigious Golden Panda Award from WWF Italy.
He received the Pegasus Award from the Tuscany Region in 2017 &quot;for the commitment and
dedication lavished in the surveillance and management of the first nesting of the Caretta caretta
turtle never ascertained before for the island of Elba&quot;.
In 2021, as President of the Arcipelago Toscano National Park, he received the Golden Pegasus
Award of the Tuscany Region in recognition of the results achieved in the commitment to
sustainability and environmental protection.