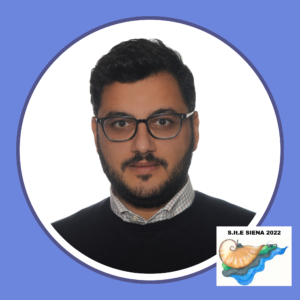 Dr. Christos Ioakeimidis is a Marine Scientist with a multidisciplinary scientific background in the fields of
Oceanology, Oceanography, Environmental Sciences and Marine Pollution. He holds a Ph.D. on Marine Litter and is an active scientist in the field. He has authored numerous peer-reviewed publications and reports and contributed to drafting the marine litter chapter of the Second UN World Ocean Assessment. He has participated in international scientific meetings, conferences, and workshops, as well as technical working groups and several research and monitoring cruises in the Eastern Mediterranean Sea.
Dr. Ioakeimidis has more than 14 years of working experience in various sectors, including International Organizations (UNEP/MAP), Research/Academia, the public and private sectors.
During the period from 2012 to 2016 he was affiliated as a Research Associate to the Institute of Oceanography of the Hellenic Centre for Marine Research (HCMR) in Greece. Since 2016, he has been working for UNEP/Mediterranean Action Plan Barcelona Convention Secretariat, as Project Manager and member of the Project Management Units (PMUs) of EU-funded projects in support of the implementation of the Regional Plan on Marine Litter Management in the Mediterranean as well as the Integrated Monitoring and Assessment Programme for the Mediterranean Sea and Coast (IMAP) devised under the Barcelona Convention. He has also been actively involved in UNEP’s Global Partnership on Marine Litter (GPML), supported the development of the Mediterranean Marine Litter Node, and the G7 portfolio of the UNEP/MAP Secretariat. He has represented UNEP/MAP at various international fora, marine litter expert meetings and working groups.
Christos has contributed to collaborations in both the Mediterranean and Black Sea regions and has generated new knowledge in the field of marine litter management.